Fed lifts rate by quarter-point but says inflation is easing…

Man crushed to death by safe door at Milford manufacturing… 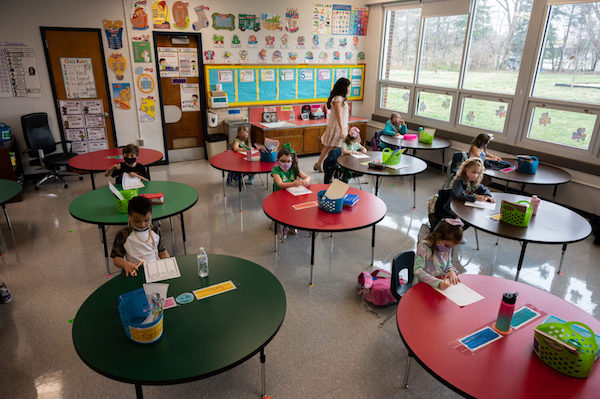 The Kentucky Education Association has come out against a potential tax cut that it says could harm funding for the state’s schools. Shown here is Medora Elementary School in Louisville after students returned in 2021. (Photo by Jon Cherry/Getty Images, via Kentucky Lantern)

Kentucky House Majority Leader Steven Rudy recently told a receptive audience at a Kentucky Chamber of Commerce forum that the first bill the House will consider when it convenes in January will be a measure to cut the Kentucky income tax rate from 4.5% to 4%.

“I think it is very cool for new legislators that the first vote they will take will be to lower Kentucky’s income tax,” said Rudy, a Paducah Republican. 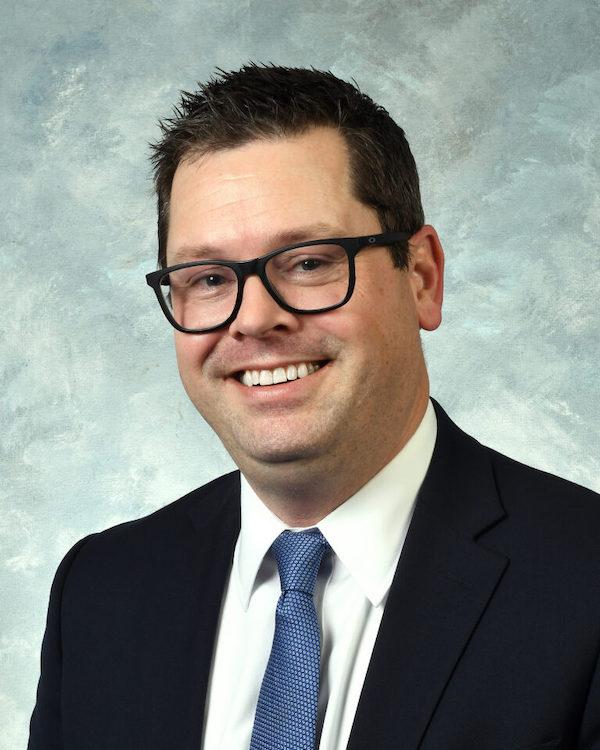 The burgeoning Republican supermajorities in the General Assembly have taken to using the opening week of short legislative sessions — traditionally used only for organizational chores — to showcase their conservative priorities.

Of all conservative priorities passed since the GOP took control of the legislature in 2017, perhaps none affects Kentucky people and state government policy more than House Bill 8, a landmark tax bill passed in April that cut the income tax rate from 5% to 4.5% and allows January’s vote to cut it to 4%.

“A generational change in tax reform,” Senate Majority Leader Damon Thayer called it at the close of the 2022 session. “It makes us more competitive with our surrounding states, makes us more business friendly, and allows Kentuckians to keep more of what they earn in their paychecks.”

But critics say HB 8 is not reform but simply a big permanent tax cut favoring the rich — a cut that will blow a hole in the state budget at the onset of the next recession.

“I have significant concerns,” said Rep. Lisa Willner, D-Louisville. “The income tax is our biggest source of revenue, and I cannot detect anything in the bill that looks like a realistic plan to replace these big amounts of lost revenue.”

The Kentucky Center for Economic Policy (KCEP), a Berea-based think tank that has pushed for progressive tax reform, describes HB 8 as a budget timebomb. 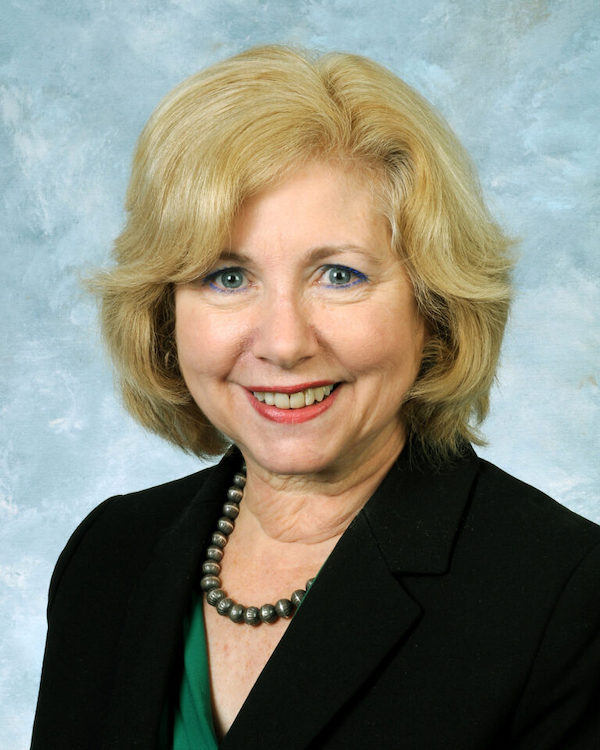 Opposing the tax cut are groups that advocate increases in funding for public education and other programs strained during 20 rounds of budget cuts since the Great Recession of 2008-2009.

The teachers’ union Kentucky Education Association released a statement to the Kentucky Lantern saying in part that incremental income tax cuts “are an economic loser for both the private sector, which creates jobs, and the public sector which funds Kentucky’s public schools, communities and infrastructure.”

But Rep. Jason Petrie, R-Elkton, who chairs the House budget committee and sponsored HB 8, said the bill includes “safeguards at every turn” which he says will allow income tax rate cuts only when the budget can afford them.

Stopping the cut, to put it mildly, seems a tall order as another big surplus has been forecasted for the current fiscal year and the November elections swelled Republican supermajorities in the legislature to 80 of 100 House seats and 31 of 38 Senate seats.

And Democratic Gov. Andy Beshear, who vetoed HB 8 last spring only to have lawmakers override that veto, for now is taking a wait-and-see approach to the issue. 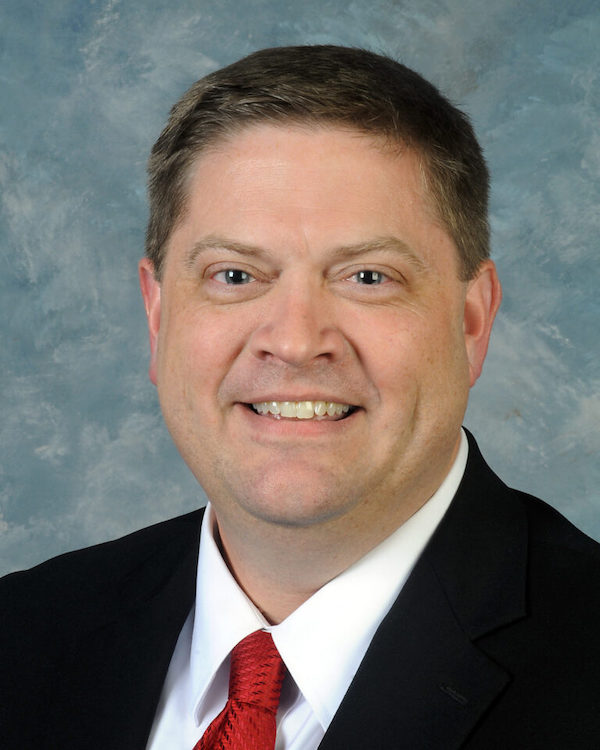 When the COVID-19 pandemic hit in early 2020, Republican lawmakers and Beshear feared that restrictions on gatherings, travel and commerce would cause revenue from income, sales and corporation taxes to dry up. Lawmakers passed lean one-year budgets in 2020 and 2021.

The dip in revenues lasted only a few months. Then the unexpected happened.

Fueled by aggressive stimulus measures taken by Congress, revenues of nearly all states erupted. As the effect of stimulus spending eased, the economy was hit with inflation, damaging to the personal pocketbook but invigorating to tax revenue growth.

The state’s fiscal year ended on June 30 with $2.7 billion in its Budget Reserve Trust Fund, more commonly known as the “rainy day” fund. That is a record surplus by a long shot, equal to nearly 20% of General Fund spending this year.

While $200 million of the surplus has since been used for flood relief in Eastern Kentucky, and more may be spent on disaster relief or other purposes during the upcoming session in January, a recent report from the State Budget Office predicts another whopping surplus this year that would put the rainy day balance at nearly $4 billion as of next June 30. 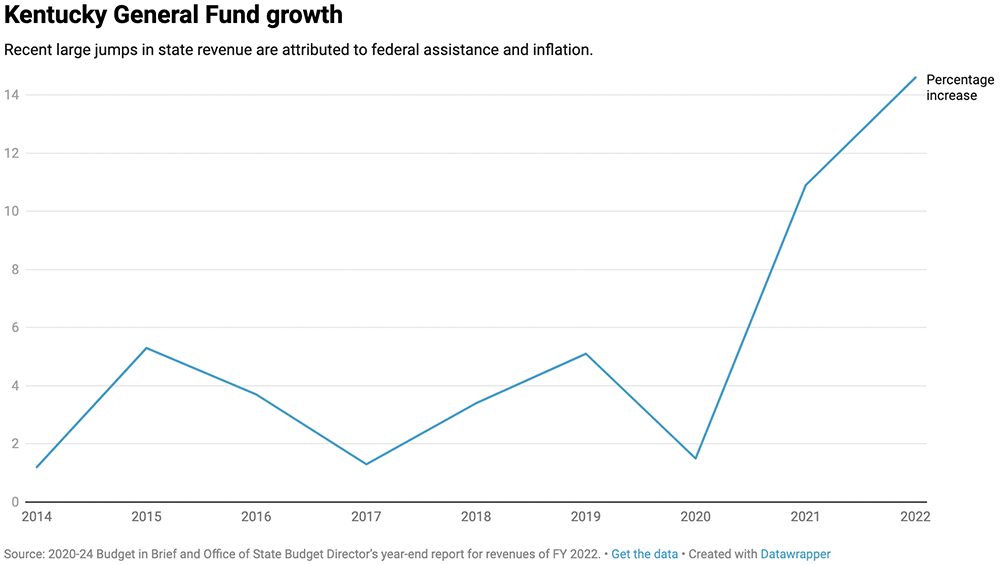 Most states responded to this windfall with some form of tax relief. Bloomberg recently reported that more than half of the 50 states “are using record budget surpluses to fund their biggest collective tax break in decades, risking future revenue shortfalls to help residents combat inflation and make some long-sought cuts.”

In Kentucky, lawmakers last spring resisted the option taken by nearly 20 states to send one-time checks to taxpayers. They also shunned Beshear’s suggestion for a temporary cut in the sales tax rate.

Instead, Republican majorities made a big move to achieve a long-sought goal — passing HB 8 — what they consider a “pro-growth” approach to tax reform which makes Kentucky’s revenue stream more reliant on consumption (sales taxes) than production (income tax).

HB 8 cut the income tax rate from 5% to 4.5% effective Jan. 1, 2023, and it allows for future reductions of one-half percentage point at a time when the state ends a fiscal year on strong financial footing. The bill specifies that the two safeguards must be met before a future half-point cut can be made:

• The rainy day fund balance is at least 10% of what total General Fund receipts were in the fiscal year that just ended.

• Total General Fund receipts for the year just ended exceeded General Fund spending by at least the amount that it would cost to cut the income tax rate by one full percentage point.

Those thresholds were reached June 30, allowing lawmakers in January to consider lowering the income tax rate to 4% effective Jan. 1, 2024.

And if the recent budget office forecast of revenues proves accurate, then the 2024 General Assembly would likely be able to consider dropping the rate to 3.5% effective Jan. 1, 2025.

“It will be tough to get to zero in the next decade, but it’s doable,” said Chris McDaniel, R-Taylor Mill, who chairs the Senate budget committee. “We’ll have to see how revenue sources grow and how we can control expenditures.”

Andrew McNeill, of the Bluegrass Institute for Public Policy Solutions, said, “If we just get down to a rate comparable to Indiana (3.23%) it will be a huge accomplishment.”

Bailey of KCEP says the cut to 4% will “blow a hole” in the budget during the next national economic recession, which he notes many economists predict could come as soon as the Federal Reserve Board hikes interest rates to harness inflation.

“History provides no evidence that good times will last very long. It shows the opposite,” Bailey said. “It’s kind of an extreme fiscal policy that is going to hurt us, really limit our ability to continue to fund our schools, the Medicaid system and all the things that are paid for in the state budget.”

Bailey notes that the income tax is the state’s largest source of revenue. It generated more than $6 billion or about 41% of the $14.7 billion in General Fund receipts last year. If lawmakers drop the rate to 4% for fiscal year 2023-24, it would reduce revenues by at least $1.2 billion that year from what it would generate at the current 5% rate. “That’s a lot, it’s more than we spend a year on our university and community college system,” he said.

HB 8 also included provisions to raise some money by expanding the sales tax to cover 34 additional services. But Bailey noted that move recovers only a fraction of the loss of income tax revenue.

“House Bill 8 includes no mechanism to have the income tax go back up if our needs increase. It is simply a huge, huge tax cut and a tiny, tiny tax increase from these services,” Bailey said.

If the rate is cut to 4% and a recession causes revenue growth to go flat (revenue growth was minus 2.7% in the Great Recession in 2009), Bailey said the surplus will be wiped out and the state will confront tough choices of cutting spending or raising taxes, presumably the sales tax under the current conservative Republican leadership.

“We already have immediate demands on the General Fund — more funding for disaster recovery in Eastern and Western Kentucky as well as putting money into flood resilience. We have 11,000 teacher vacancies and shortages of other public employees. And we have child care centers at risk of closing when federal ARPA (American Rescue Plan Act) funds end in September of 2024,” Bailey said.

Safeguards against what happened in Kansas

Petrie, the House budget committee chairman, says there is no need for alarm.

He noted the cut affects only one revenue source, and does so gradually at a half percentage point at a time, and only when the thresholds are met.

The safeguards, he said, distinguish the bill from income tax cuts made in other states, most notably in Kansas in 2014 which caused revenues to plunge and the legislature to restore higher rates.

The key safeguard assures those future reductions will not take place unless revenues in the previous year far exceeded spending — by an amount at least equal to what a full 1 percentage point cut in the income tax would cost, he said.

“Whatever your actual appropriations were for the preceding year, then your actual revenues have to exceed that by a full percentage point of what the expected drop in the individual tax would be if you dropped it a point…” Petrie said. “We’re only doing it in half-point increments, so we should have twice the amount of revenue growth needed to sustain us forward.”

Even with that, he noted each cut of one-half percentage point must be reviewed and approved by the General Assembly.

Petrie said the bill is consistent with other actions taken by the conservative legislature with the goal of invigorating Kentucky’s economy — partly by transitioning to a tax system more reliant on taxing consumption rather than taxing production. This, he said, makes Kentucky more competitive with other states, helps Kentucky grow and sustain a healthy flow of revenue.

Bailey said the problem with the two safeguards is that they apply only to revenue conditions of the prior fiscal year rather than any trend extending over a longer time. “One year is just not logical,” he said. 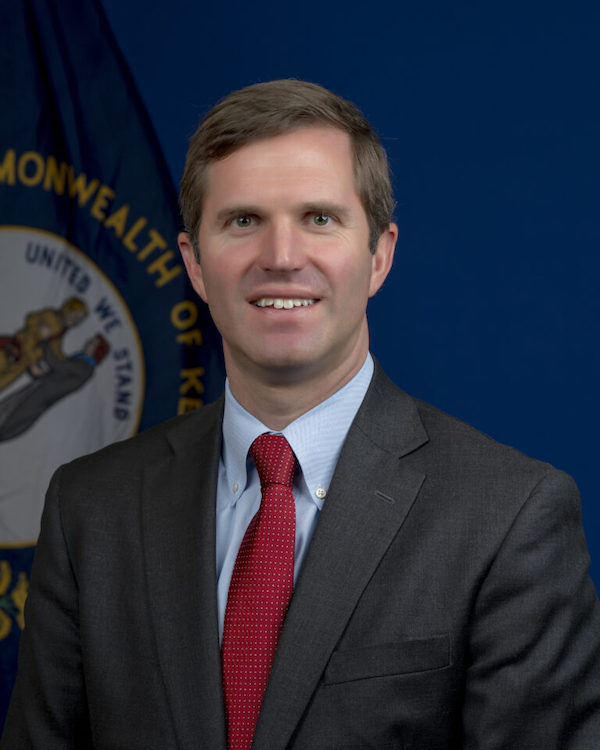 Moreover, Bailey says cutting the income tax rate is a bigger break for those with higher incomes, while relying more on sales taxes hurts those with lower income who pay a higher percentage of their incomes on things taxed by the sales tax.

The Republican advocates for this sort of shift say that, under HB 8, lower-income Kentuckians will face no serious pain in large part because so many basic needs (groceries, home utility bills and prescription medicine) are exempt from the sales tax.

What will Beshear do?

Opponents of the tax cut hope to get help from Beshear, who vetoed HB 8. His veto message said in part, “Other states that have drastically cut income tax have seen their economies harmed by those changes.”

But Beshear did not mention that concern when asked recently about HB 8 by Bill Bryant on WKYT’s “Kentucky Newsmakers.”

“We’ll look at that as it comes,” Beshear said. He noted that lawmakers rejected his proposal earlier this year to help Kentuckians cope with inflation by temporarily cutting the sales tax. “As it comes back in front of us, what I’ll be looking at is can it help our people through some tough, but temporary, times of inflation.”

Australian Lottery Players Sue After Friend Skips Out With Winnings