In May 2018, Thomas More President David Armstrong announced his resignation, having accepted the position of president of St. Thomas University in Miami, Florida.

Dr. Kathleen Jagger, who had served as the vice president for academic affairs (VPAA) at Thomas More since 2015, was named acting president while the college conducted “a national search for a new President” (Thomas More Press Release, July 16, 2018, TMU Archives).

In the words of the board chair, Marc J. Neltner, “the Board of Trustees has complete confidence in Dr. Jagger to carry on the current positive trajectory of Thomas More College, especially since she has played an integral role in the current success of the institution” (Thomas More Press Release, July 16, 2018, TMU Archives). 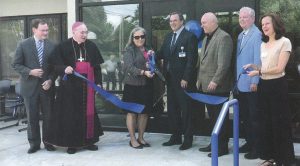 Dr. Jagger had arrived at Thomas More from Transylvania University in 2015 with impressive credentials, including a PhD in Medical Microbiology from the University of Cincinnati and an MPH in International Health from Harvard University. She had taught previously at the Wright State University School of Medicine, DePauw University (her BA alma mater), the Medical College of Ohio (while on sabbatical), and Transylvania University. It was at the latter that her administrative abilities were rewarded and appreciated: first as associate dean then associate vice president, and in 2012-2013 as interim vice president and dean of the college.

Along the way, she had also received multiple teaching and volunteer awards, including recognition as a “Teacher Who Made a Difference” by the University of Kentucky, and an Eli Lilly Faculty Fellowship. While on her sabbatical leave, she had been privileged to serve as the clinical research program director for the Pro Medica Health system in Toledo, Ohio. Besides her impressive teaching record, she also supervised service-learning projects in multiple sites, including Guatemala, the Dominican Republic, the U.S. Virgin Islands and the Philippines.

Wherever she went, her community service was exemplary as were her publication credentials. (Dr. Kathleen Snell Jagger Curriculum Vitae, TMU Archives). 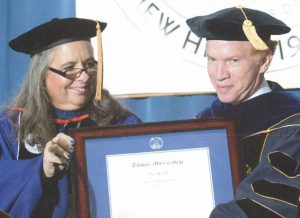 As Jagger’s presidential year began in summer 2018, she unveiled her direction, stating that “it is exciting to have the opportunity to lead this extraordinary institution with its mission of offering a Catholic, values-based education that is transformative in the lives of our students and our community” (Summer Press Release, 2018, TMU Archives).

Not surprisingly, consistent with her past track record, Dr. Jagger’s year as acting president was a full one, with many activities, including the official openings of the Center for Health Sciences (in partnership with St. Elizabeth Healthcare) and the Performing Arts Lab (PAL), both in August 2018. In November, a third ribbon cutting took place for the opening of the new STEM Outreach Center at the Biology Field Station. All those initial steps meshed well with Dr. Jagger’s biological/medical interests and expertise (“University Leadership Update, Acting President Kathleen S. Jagger, PhD,” Moreover, Fall 2018, p. 9).

Also in Fall 2018, Thomas More celebrated the 50th anniversary of its move to the Crestview Hills campus. The planning committee for the events was led by the chair of the board of trustees, Dr. Judith Marlowe. The highlights included: Dr. Ray Hebert as the keynote speaker at the Academic Convocation (as the longest tenured faculty member at TMC, having begun in 1975), and the special introduction of the representatives of the three religious orders who originally staffed VMC/TMC. Rabbi Gary Zola (executive director of the Jacob Rader Marcus Center of the Jewish American Archives at Hebrew Union College, Cincinnati) was awarded an honorary Doctor of Letters. The celebration coincided with the news that the full-time day enrollment that fall “was the largest class in history.” The occasion also allowed for the announcement that a new Institute for Ethical Leadership and Interdisciplinary Studies would begin that fall, with a speaker series. The first director was Dr. Jack Rudnick, followed by Dr. Cate Sherron. That fall’s initial speaker was Judge Amul R. Thapar, whose address was entitled, “Ethical Leadership: The Critical Imperative” (Moreover, Fall, 2018, pp. 10-11). 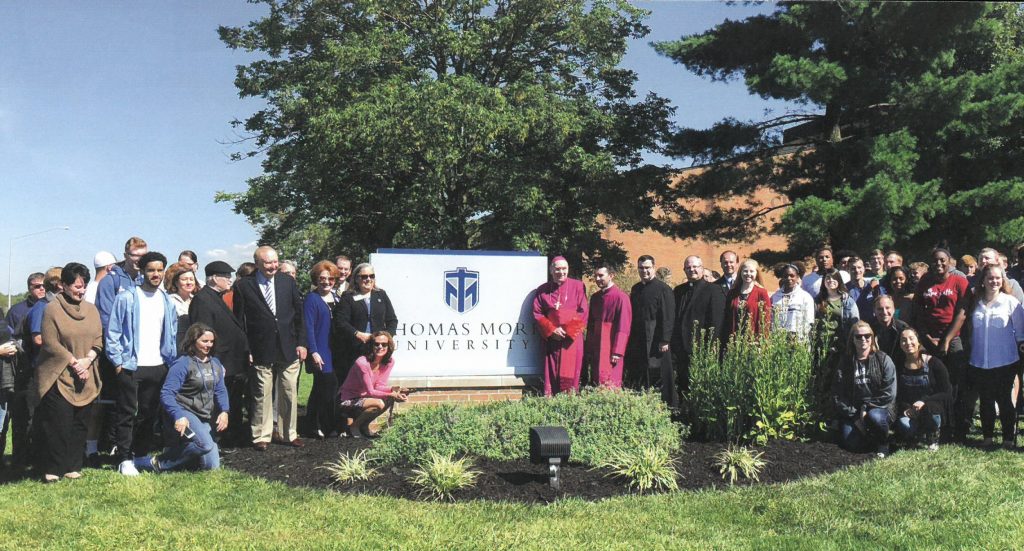 The campus was still at a peak level in the spring semester of 2019, when Dr. Jagger announced two opportunities to stimulate “a culture of innovating among staff at Thomas More University: the first being a limited number of grants for projects that require some investment of resources to complete (by mid-August); second is an innovation reward offered to three individuals or groups with the best presentation on an innovation in their area (with cash awards of $500 for first place, $250 for second place, $100 for third place)” (President’s Office, “TMU Staff Innovation Challenge, Spring 2019, TMU Archives). Wrapping up the year in outstanding fashion was the thrilling run of the Lady Saints’ undefeated basketball season, all the way to the NCAA Division III National Championship. In Dr. Jagger’s words: “For many of our students, supplementing the excellence found in the classroom is superior performance in athletics and this spring we hung a new NCAA Division III Championship banner in the Connor Convocation Center … I could not be more proud of the dedication and heart of these young women and their coaches” (Presidential Opening, p. 20).

Showing Dr. Jagger’s breadth of interests and her personal commitment to helping others, the college hosted Magnus MacFarlane-Barrow, author of The Shed that Fed a Million Children, and founder/CEO of Mary’s Meals, a global nonprofit highlighting child hunger. It is important to note, in her words, that the event was arranged through the generosity and connections of past chair of the board of trustees, Mark Neltner, ’85. It was a moving talk with many touching stories about their great work. MacFarlane-Barrow also visited classrooms and spoke to many students.

The issues of Moreover during Dr. Jagger’s interim year included a description of the “Governance Under a New Academic Structure,” as the university then had three colleges: Business; Education and Health Sciences; and Arts and Sciences. The spring 2019 issue of Moreover featured an appropriate tribute to Dr. Jagger’s remarkable interim year. In her words:

“with this year’s innovation has come countless blessings, celebrations, and growth . . . With the unique blend of mission, tradition, and innovation that distinguishes this school and our graduates.” (Moreover, Spring 2019, p. 2).

While proclaiming that she had been grateful for the opportunity to lead Thomas More University throughout this year of transitions, it seemed clear that the institution was fortunate that Dr. Kathleen Jagger chose to be much more than just a caretaker president.

Dr. Raymond G. Hebert is a Professor of History and Executive Director of the William T. Robinson III Institute for Religious Liberty at Thomas More University. He has just completed his 46th year at Thomas More and, with that background, will now serve as the General Editor of the official history of Thomas More College/University from 1971-2021. With a projected title of RETROSPECT AND VISTA II, it will serve as the sequel to Sr. Irmina Saelinger’s RETROSPECT AND VISTA, the history of the first 50 years of Thomas More College (formerly Villa Madonna College). He can be contacted at hebertr@thomasmore.edu .

We want to learn more about the history of your business, church, school, or organization in our region (Cincinnati, Northern Kentucky, and along the Ohio River). If you would like to share your rich history with others, please contact the editor of “Our Rich History,” Paul A. Tenkotte, at tenkottep@nku.edu. Paul A. Tenkotte, PhD is Professor of History and Gender Studies at Northern Kentucky University and the author of many books and articles.

How North Korean spies infiltrate US crypto firms, posing as remote workers; UN says the country has stolen billions of dollars' worth of crypto from exchanges (Sean Lyngaas/CNN)