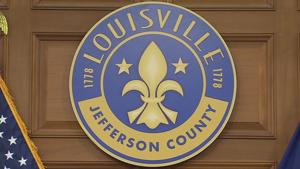 The original ordinance only called for three additional ABC officers to make sure liquor licenses and laws are being followed. But the $388,000 price tag is coming from the general fund now instead of stimulus money.

Some on council said action was needed now, while  others said it was irresponsible not to take the discussion back to committee.

“I’m disappointed that you all can put my quality of living along with my constituents on hold,” Councilwoman Donna Purvis said. “I shouldn’t be angry, but I am. I’m disappointed.”

The amendment to add the additional officers barely passed. After that change was made, the council ended up voting unanimously for it.

“I think its reckless for us to start amending the city budget on the fly, if you will,” Councilman Robin Engel said.

Country home for sale in Somerset Ky on 15 acres

May 2022 Commencement (Chase College of Law)

I Hired A Professional Cuddler…

Is That a Little Red Wagon Going Down the Road!

Students, teachers testify on free speech, censorship in US…

Patrick Beverley on Devin Booker: What’s he done before though?! 😱…