Inflation has been frustrating for this Kentucky store owner

Bullitt County receiving over $1.6 million for 3…

FLORENCE, Ky. — Costs continue to be on the rise for Americans, creating many challenges for small businesses and the customers who depend on them. Echoing others in her field, one Kentucky economist tells Spectrum News 1 that people should not expect inflation to go away anytime soon.

What You Need To Know

A northern Kentucky grocery store owner explained why, as a result of that inflation, providing food to his community is becoming increasingly difficult.

Matt’s Natural World in Florence is the second health food store Matt Johnson has taken ownership of. The store has had that name since 2020. Before that, it was Health Alternative. Johnson was a manager for 10 years. 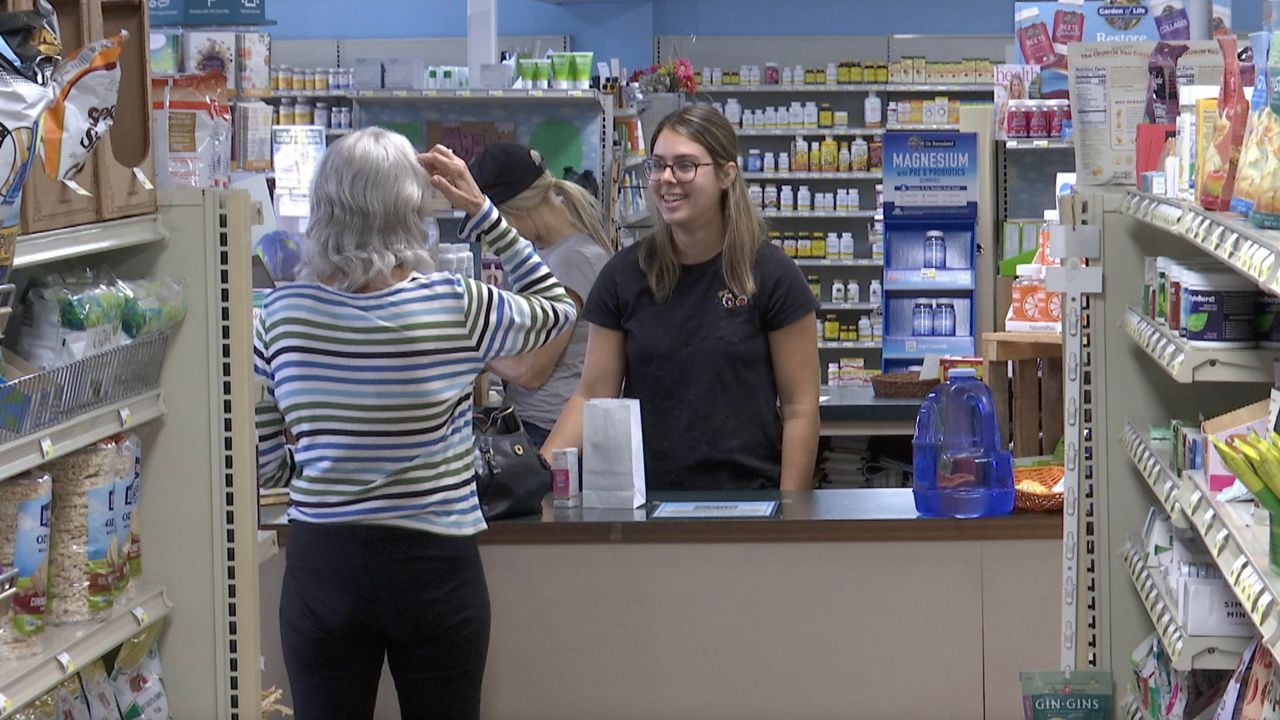 The first store, Susan’s Natural World in Anderson Township, Ohio, was his aunt’s before she retired and sold to him. Both stores place an emphasis on education and supplementation with the motto: “Be proactive with your health.” They sell only organic produce, fresh food and natural supplements. Johnson’s oldest daughter has worked in his Ohio store for a decade herself, now, along with his mother, who manages the store.

Despite it being a family business, it wasn’t until he started working in his aunt’s store in his early 20s that his future in the industry became clear.

“Within just the first few weeks, I fell in love with the karma of it. I fell in love with helping people, and carrying groceries to the car. Just that interaction was something that was kind of good for my soul. And I got good at it,” Johnson said.

Customers seeking healthy, fresh, natural foods know those qualities come at a premium, which is ultimately a higher price at the register than what they may pay for similar items at a non health-focused store. But those numbers have increased further in recent times, so while the food Johnson sells may be good for his customers’ bodies, it hasn’t necessarily been so good for their wallets.

“Pricing has certainly gone up. We offer discounts across the board. We don’t make our prices, we just go by suggested retail pricing,” Johnson said. “Sometimes when people show their frustration initially with that, what happens is, they go: ‘You know what, it’s happening everywhere.’ So it’s not just us. They know that. But you’re going to have that initial, ‘Man, this was 12 dollars, and now it’s 14 dollars, what happened?’” 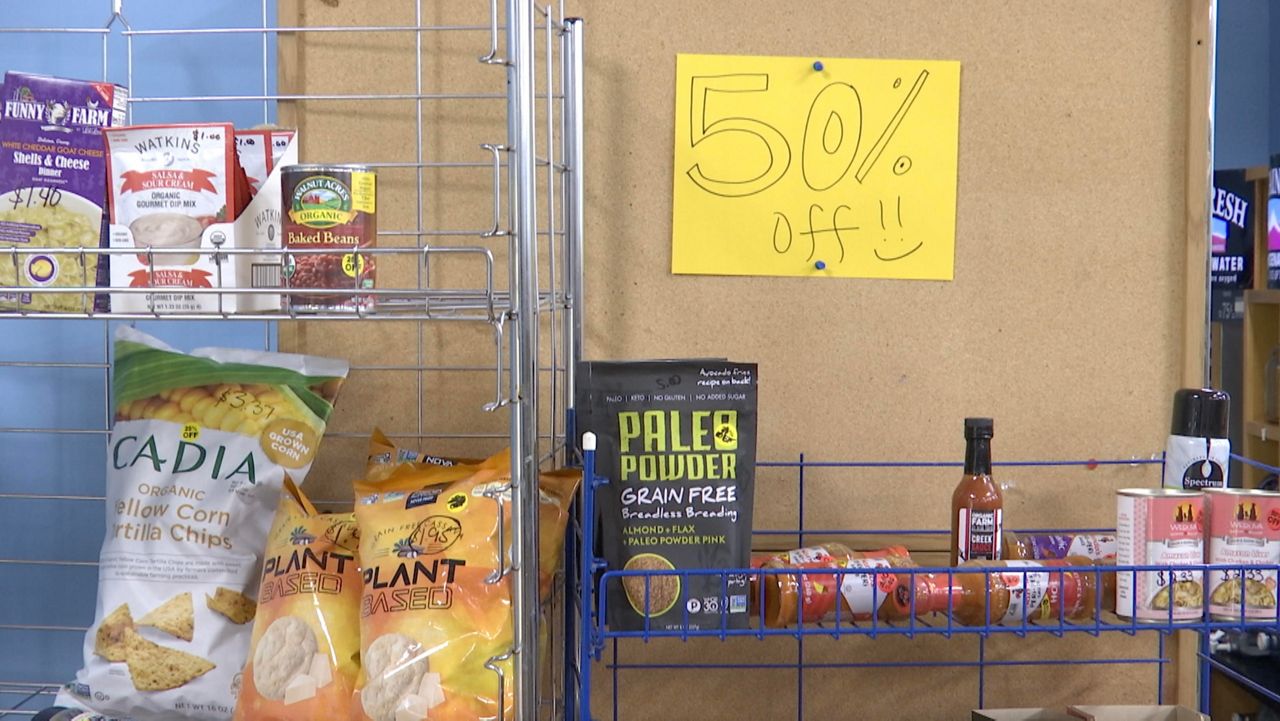 The Bureau of Labor Statistics’ latest consumer price index shows, indeed, it is happening everywhere. Large price increases persist for things people need everyday like food. The government’s food index has risen 11.4 percent over the past year, and prices were up 0.8% from July to August.

Northern Kentucky University economist Janet Harrah, when asked about the report, was not optimistic about inflation in the short term. “I don’t think there’s any way to put a good spin on this CPI report that just came out. Inflation continues to run over eight percent. We have several sectors, particularly food, which are very important to the American household,” she said. “The average American household spent about $8,300 on food last year. So, with inflation running at 11.4%, that’s an increase of almost $950 a year just to buy food.”

Harrah said she expects food prices to continue to rise and be a challenge for American families.

“There will be plenty of food to feed Americans. But the price of it is going to continue to rise,” she said. “When you look ahead, the best-case scenario is we stay flat. But my guess is we’re going to at least see a recession in the second half of this year into the first of 2023.”

Harrah said a constrained supply chain is the biggest factor.

Johnson gave the food deliveries he pays for as an example of that constraint. He deals with a few large grocery distributors and has seen prices soar in the last year.

“The fuel surcharge has gone from 15, 20 bucks to 65 dollars, which doesn’t sound like a whole lot of money. But when you think about: you’re getting two deliveries a week, and the extra 40 dollars a truck is 80 dollars a week, times four, it becomes a 400, 500 dollar difference. For a store of this size, it all counts, man,” he said.

Harrah pointed out that while gas prices have been down, energy prices overall are up almost 24 percent year after year.

Johnson said he thinks small businesses are affected more by inflation, because they don’t have the same level of cash reserves as big corporations. That also makes it harder to get his customers the products they want. “I can order a thousand dollars’ worth of product to put on the shelf. And we’ll get 600 bucks of it,” Johnson said. “And that’s the frustrating part, because we want to make our customers happy. And if I can’t get it, there’s not really much I can do to get it.”

He said those relationships are much closer than what customers will get at a typical big box store. So anything that gets in the way of helping people be proactive with their health hurts in more ways than one, Johnson said. “I go home everyday feeling good about what I’m doing as far as a career, and you can’t really put a price on that,” he said.

While economists disagree on whether the federal reserve is pushing too fast or not fast enough, Harrah said she wants to see the rate of increases slowed, and for the federal government to take the same approach.

“A lot of that money hasn’t even been spent yet. We don’t need to spend more. We need to let the money that’s already been allocated go through the system before we start allocating even more spending,” she said.

Nurses in Vietnam: Putting Themselves in Danger to Keep Men Alive